The human immune system can be a finicky beast. When it comes to fighting off viral infections, it can be extremely effective. Spotting theinvading virus, it will swiftly unleash its defense forces to neutralize the intruder. Unfortunately with cancer, the immune system often seems less than interested. There is some reaction, but it is usually lackluster and non-specific. This leaves the cancer cells to continue to grow unchecked.

Recently researchers in Switzerland have found a way of exploiting the immune system’s fast response to viral infections. The key is to engineer artificial viruses that trick the immune system into a fully-fledged response. Two research teams have been working side by side on this project, which offers hope to cancer patients. One at the University of Geneva (UNIGE) is led by Prof. Doron Merkler, while the other at the University of Basel is led by Prof. Daniel Pinschewer.

Boosting the patient’s immune system to fight cancer using biological agents is known as immunotherapy. The Swiss artificial viruses offer a new spin on this approach. Harmless to the patient, they work by triggering an immune response which specifically targets the cancer cells. Based on the lymphocytic choriomeningitis virus (LCMV), these viruses can infect both rodents and humans. Certain proteins found only in cancer cells are also inserted into the virus. These proteins, otherwise known as tumor antigens, enable the immune system to identify cancer cells and kill them.

So far trials on mice have been successful, with the results published in the Nature Communications journal. Tumor cells were implanted into mice, and one group was treated with one of a range of artificial viruses. A control group was left untreated. Data was analysed after 120 days.

The results show the artificial viruses stimulate the immune system to release alarmin, or alarm signals. The cancer cell proteins act as biological target markers. In response, the immune system mobilizes a strike force of cytotoxic T-lymphocytes, or killer cells, to destroy the virus.

The artificial virus itself was not harmful to the mice, and results show their cancer went into remission to varying degrees. The immune system attacked not only the virus but any cells containing the cancer protein.

After promising test results from the mice trials, the next step is to test these artificial viruses on humans. The proteins introduced into the viruses could be taken from a patient’s own tumor. The innovative procedure could in the future provide effective, patient-tailored cancer treatments. 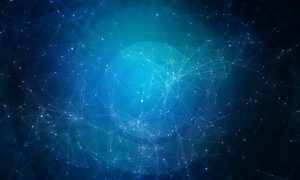